A Character in my faith-based novel just dropped an 'f-bomb.' Now what? 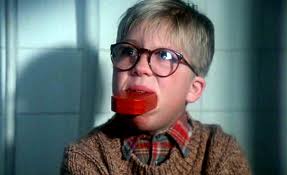 A couple things about me. I don't often talk about it here, but yes, I am a follower of Christ. The magazine I edit, the websites I administer, and the work I do as a publisher and as a writer, are all done with the goal in mind of Glorifying Christ in one way or the other.

I also use "adult language." Not merely in my writing, but in general. Probably more than I should. I don't have an issue with swearing, exactly -- I've debated at length on the subject, and that's not really what this post is about (so bear with me, please) -- but I do see the value in expanding my vocabulary, and limiting the less-than-socially-acceptable speech, at least to an extent.

And, yes, more than one of my stories has featured some fairly strong language. Which can be weird for people.

So when I set out to write the current WIP, I had two goals in mind, apart from the obvious goals regarding direction, plotting, and theme: I wanted to point, without preaching, toward the light of God, and, I wanted to try to cut back on the language for this one.

However, I also believe in being honest and True when it comes to the story and the characters. A fellow writer once asked her friends whether their characters speak to them. To a person, each of the writers she asked said, "all the time."

I have been surprised by characters before -- indeed, it's one of my greatest joys when it comes to writing. I once set to work on a fishing horror story. In the story, a father and son are going fishing as they try to reconnect in the wake of the younger son's death. He died, of course, in a fishing accident. It wasn't until I got about halfway through the story, and really started to like both men and sincerely hope they could work it out, that I discovered the fundamental truth of the story: The accident that killed the younger son wasn't an accident; he'd been murdered by his own father.

When I started writing that story, I didn't know that. As far as I was concerned, it was going to go a different direction entirely. The Father was going to save his remaining son's life. They were going to reconnect and live happily ever after. They were possibly going to catch the Monster of the story, and maybe even be millionaires. And even if they didn't. Even if the creature still lurked in the dark lake, at least this relationship would have been healed.

The old man had me fooled. 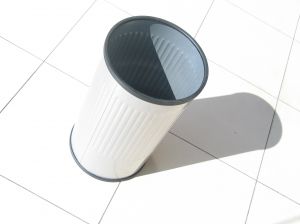 It made me angry. I didn't delete the story, exactly, but I did determine he wasn't going to take his own kids with him, the old S.O.B. I rewrote the story. Completely. I don't know whether it was the right thing to do, but I couldn't be true to the story and remove what he had done. So, like last of Grimm's Fairy's I altered the scenario and removed a small portion of the tragedy. There was no redeeming the codger, but for whatever reason, I couldn't let his kids go out like that.

So, back to the current story. The point is, characters will be characters. You won't always approve of what they do; and they'll occasionally surprise you. So, in the heat of the moment, during an argument with a friend, centered around a girl with whom he may be in love, this character swore. The Queen-mother, as Ralphie might say, of all dirty words. I hadn't intended for him to do so, certainly. And I certainly hadn't intended for him to use that one. But there it is.

Yes, I know. This doesn't seem like a problem. Either leave it in, or take it out. Decide on the audience you're looking to attract, perhaps, and let that be your guide. It doesn't need to be there, still others are saying, so just hit the 'delete' key.

And I could. The narration is just fine without it. The cadence is still there. The meaning and emotion still intact. Yes. I could simply get rid of it.

But will it still be true?
Posted by Randy Streu at 10:30 AM